Techidence
Home Computers Do You Want To Buy a Chromebook? See Tips for Choosing the... 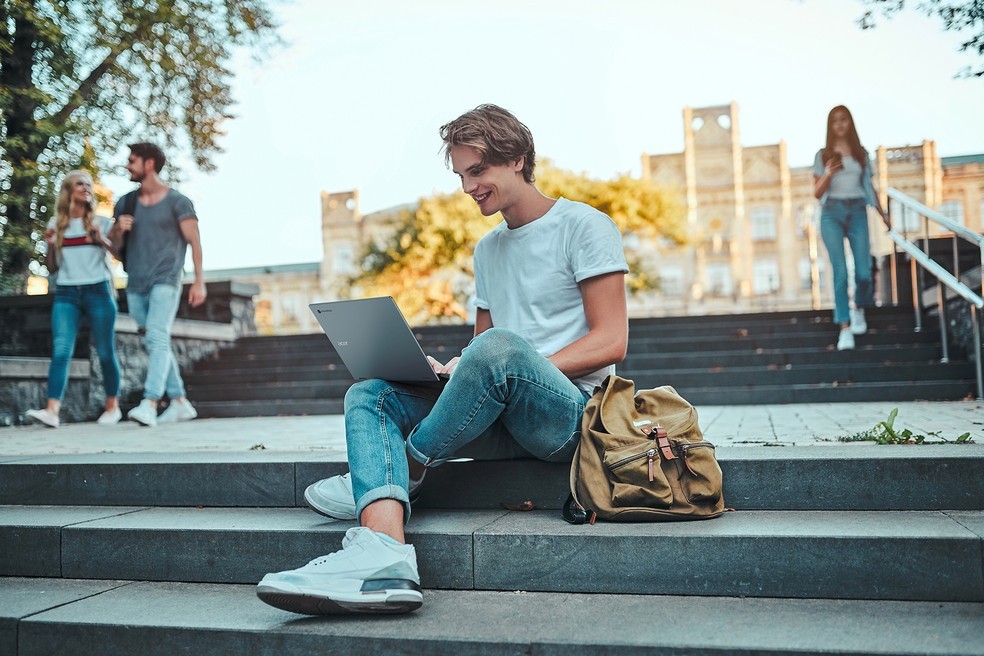 Chromebooks are entry-level laptops that feature Chrome OS, Google’s operating system. Available for a lower price compared to traditional laptops, the computers come with basic hardware and are offered by brands such as Samsung and Acer in the market. The products are ideal for those who want to perform simple daily tasks, such as surfing Chrome and editing documents on Google Docs, among other examples.

Before buying, it is important to pay attention to some details such as the type of storage used and the inputs available. Thinking of that, Techidence gathered some tips that can help you choose the ideal Chromebook.

Define your Type of Use

First of all, it is fundamental to consider what is the main application that will be given to the Chromebook, since devices of this type tend to offer lower performance when compared to conventional laptops. The limitations are not only in the hardware, with Intel’s Celeron or AMD A4 processors, but also in the software.

Chrome OS offers alternatives for most common apps, such as text editor, spreadsheets, and browsers. However, those who use some specific Windows programs may have some difficulty using Google’s alternative system. But if you need a computer for searching websites and exchanging e-mails, a Chromebook should do the trick.

Check out the Available Ports

Chromebooks also do not offer such a generous amount of ports and connections. This is mainly due to the proposal to offer a more compact design on the devices. Anyway, at least one USB port and SD card reader the device must have, after all, the touchpad experience does not appeal to all users. Also, the possibility of storage expansion is fundamental. For those who intend to use a secondary monitor, it is also worth paying attention to the presence of an HDMI input.

Pay attention to the processor

When checking the specifications of Chromebooks, it is easy to understand why the devices have a more affordable price. The hardware of Chrome OS devices is very similar to what was offered in netbooks, entry-level products for basic tasks.

Chrome OS is much less demanding when compared to Windows, but it should still be taken into account that the Intel Celeron and AMD A4 processors used in most of the devices do not usually offer very long life with their two cores and low clocks.

Unlike most laptops, Chromebooks are offered in most models with on-board storage solutions, with Flash solutions starting at 32 GB in volume. This may not be much for a more complex operating system but tends to be sufficient with Chrome OS.

If you intend to do a lot of downloading, you will need to consider models that offer the possibility of expansion by SD cards, since swapping the internal storage or even adopting an SSD is unfeasible in models. There are also options with eMMC storage, which are a kind of SD card integrated into the board with more performance compared to traditional HDDs, but not as efficient and fast as SSDs.

Is it worth paying more?

There is a notable price variation among the Chromebook models, starting at $238 for the Acer N7, and $349 for Samsung’s Chromebook Plus. The Samsung model offers a Full HD screen and the possibility to use the device in tablet mode, as well as a touch screen, stylus pen, and more features, which would justify its higher price.

Chromebooks can be very interesting for those who need a cheap computer for basic tasks. However, it is worth keeping an eye out if the Windows models are at a similar price. If this is the case, it might be more interesting to opt for a conventional laptop with Microsoft’s system or even with Linux.

Chrome OS Flex: How to Install This Operating System On Any Computer