Techidence
Home Smartphones How to Choose the Best Mobile Phone: 6 Tips to Buy a... 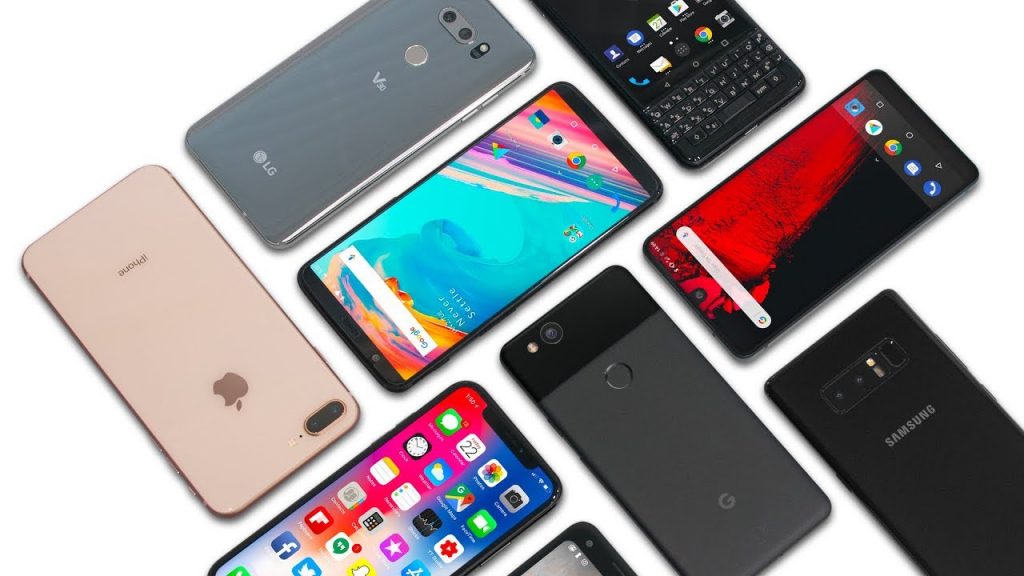 Choosing the best new mobile phone involves knowing the smartphone’s technical data sheet and features that fit your usage profile. Factors like a strong battery, high-resolution display to watch series, powerful gaming processor, and camera quality to enhance photos are some of the technical aspects that can be taken into consideration when purchasing a smartphone.

Check below how to analyze the phone’s specifications and how to identify which attribute matters most before coming to conclusion.

The screen is a fundamental aspect of the mobile phone since it is the main form of interaction with the device. In general, three technical aspects differentiate an input display from a more sophisticated model: resolution, panel technology, and, more recently, screen speed.

A high-resolution screen is something important for those who like to watch movies and series on a mobile phone, for example. If this is not your focus, higher resolutions may not make so much difference and probably HD or HD+ screen devices should do the trick.

A simple trick that can help when checking the definition level of each screen is to observe the density of pixels per inch of the display in an account that considers the screen size and resolution. If the density is equal to or greater than 326 pixels per inch, the screen has a high definition. If it is lower, the user may end up seeing more granular images and a graphic interface on the screen.

Another important criterion is screen technologies. In cell phones, there are two main groups at the moment: OLED display, normally used in premium devices; and IPS LCD screens, common in more mid-range or low-end phones. In general, the OLED is superior because it offers better contrast, more accurate dark tones, and more vivid colors. However, the LCD can also render displays with more accurate color reproduction depending on the manufacturer.

It is also important to check the issue of screen speed. It is measured in Hertz (Hz) and determines how many times the display updates per second: the faster the screen, the more fluid the transitions are. More expensive phones can offer 90 or 120 Hz modes, while the 60 Hz standard is the most common in the smartphone industry today.

READ:  Galaxy A32 vs Galaxy A32 5G: Learn What Changes Between The Samsung Phones

The processor is the brain of the mobile phone. This is the component that receives and performs instructions passed by the operating system and the apps used. The processor is responsible for the calculations that the smartphone makes and, because of this, the more powerful it is, the better the performance of the phone.

Powerful chips are indicated for users who are looking for a device capable of facing heavier tasks, such as more demanding apps, such as video editors and games with realistic graphics. Also, they age better over time. For those who do not need so much computing power, an intermediate processor tends to be enough to surf the Internet, and use social networking applications and messengers without crashes or lagging.

When it comes to comparing processors for mobile phones, there are two important criteria: the number of cores (quad-core for four cores, hexa-core for six, and octa-core for eight), and the speeds, measured in GHz. The more cores, the more instructions the processor can perform at the same time. The higher the speed, the more of these instructions each core can handle in one unit of time.

RAM is the amount of memory space the device uses for fundamental operations. It is used to temporarily store files and data so that the system can launch applications faster. This specification has an impact on the user’s perception of the device’s agility in responding to commands and also affects the quality of the user experience when many apps are open in the background.

Imagine that you have several applications open on your mobile. The state in which you left the programs is stored in this memory and consumes a portion of the RAM to allow the apps to return from where you left off previously. Without the RAM, the smartphone would not be able to perform this task and users would have to reload everything from scratch whenever they wanted to open a particular application.

Today, more expensive phones have amounts of RAM in the 8 GB or even 12 GB range, but more affordable devices can appear with half that or even less. In Apple’s case, it’s important to consider that the company does not officially reveal the RAM capacity of iPhones. The numbers are usually disclosed unofficially by developers and technicians who disassemble the devices.

The amount of storage determines how much space the device has to store files, applications, and photos, among other documents. In 2020, 64 GB tends to be enough to meet the basic needs of any user, allowing you to install multiple apps and store a good volume of documents and photos. With 32 GB, warnings that the phone is running out of space can become routine if you receive a lot of media through WhatsApp, for example.

If you want more than 64 GB you can find devices on the market with 128 GB. This amount of space is, however, more common on more expensive phones.

In addition to the internal data storage space offered by the phone, you can also look for models that allow you to expand this total by using memory cards. Some companies like Samsung offer this expansion on devices of all types and prices.

If you like to take a lot of pictures with your device you need to keep an eye on the camera features of the smartphone. The most important issues go beyond maximum MP resolution and include specifications such as lens aperture, for better capture quality in low-light situations, availability of more than one camera and lens profile, and advanced features from manufacturers such as image processing to generate better results in the final files.

It is worth remembering that resolution alone does not define the quality of a mobile phone camera. What is important is the combination of resolution with other factors. More aperture lenses, with lower focal ratios like f/1.7 or f/1.8, for example, have a greater ability to capture light and tend to generate better quality photos in the dark.

Another important feature is the number of cameras. Devices with two, three, or four cameras are common in different price ranges and offer a system that combines the different profiles of each sensor – one is for conventional photos, another may be suitable for open panoramas, and another for zooming in and out, for example.

The battery capacity is important to indicate how long the phone can stay away from the outlet. In general, manufacturers measure this capacity in milliamperes-hour (mAh), a unit that points to the gross capacity of the component.

Currently, batteries with 4,500 mAh or more are seen as high-capacity components and may appear even in the most considered phones. In some cases, there are lines of devices dedicated exactly to offering long battery life.

Although the value gives a general idea of the capacity, many factors usually affect consumption, such as processor speed, screen resolution, and general conditions of use. Therefore, it is a good idea to check the autonomy that the manufacturer promises for the cell phone – which can end up being too optimistic – and compare it with the actual user experience.

Another relevant detail about the battery is to keep an eye on the fast charging support. The technology allows the phone to be recharged in a few minutes so that even if the battery runs out it is possible to use the device again in a short time.

An important tip is to check if the source that comes with the phone has a fast charging function, or if it is necessary to buy a new charger. It is possible to find out in the technical specifications: a mobile phone charger with 9 Watts of power will be a common charger, with no fast charging capability. Options with 15 Watts or more already guarantee accelerated power to your cell phone.

What to expect from UFL? All about the new rival game of FIFA and eFootball 

iOS 13: main news, compatible devices and how to install it

Asus Rog phone 2 vs iPhone 11 Pro Max: Which Should You Buy?