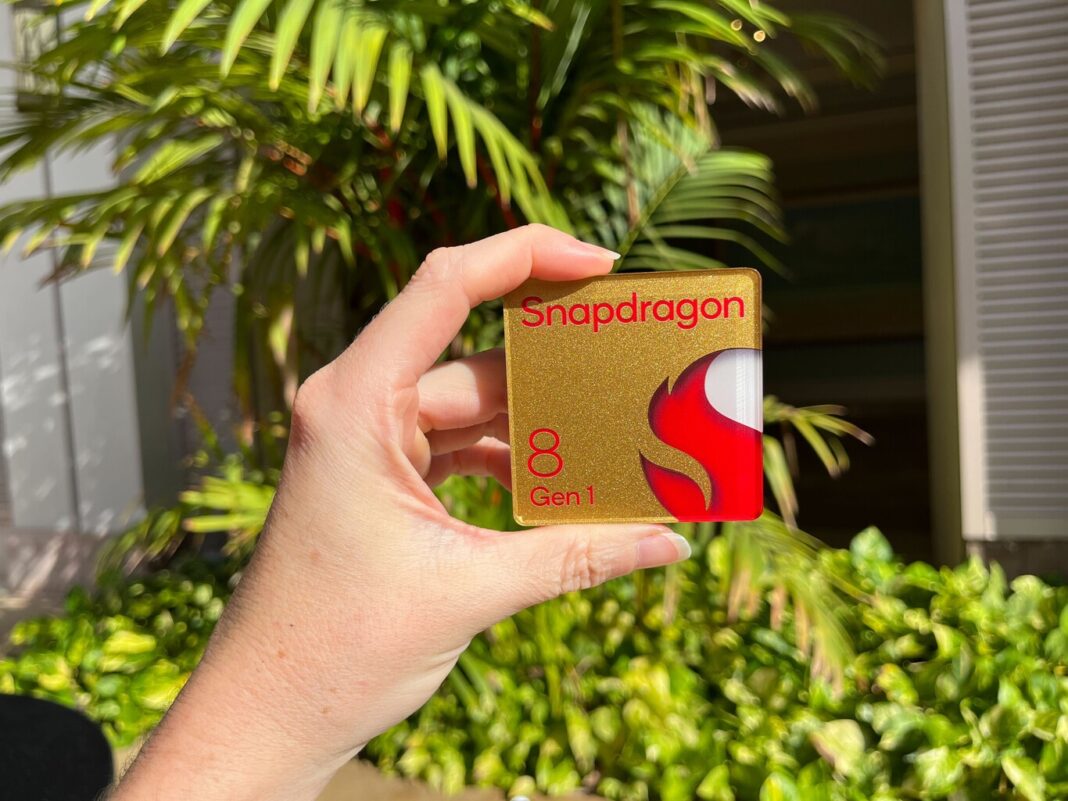 Here we have the Qualcomm Snapdragon 8 Gen 1. These are the first chips in a line of mobile processors that represent a significant improvement over the past Snapdragon 888 in several areas and which aim to once again become the heart of the most powerful Android mobiles on the market.

There are several important new features in these new SoCs, but one of the most striking is the leap to 4-nanometer photolithography, which will improve both efficiency and performance in all areas. Qualcomm, however, is upping the ante in two areas: artificial intelligence – thanks to its Hexagon processor – and mobile photography.

Qualcomm is turning over a new leaf. It does so at least in the field of the nomenclature of its processors, which until now had followed a more or less predictable numerical sequence and now adopt a new formula for their naming.

The new Snapdragon 8 Gen 1 (SM8450) SoCs come armed to the teeth with technology, and the improvements will be noticeable in all sections: from general and graphics performance to connectivity or, of course, artificial intelligence tasks and mobile photography and video.

The new Snapdragon 8 Gen 1 stands out for the new Hexagon processor that gains integers and according to Qualcomm, it makes it possible to achieve four times the performance in artificial intelligence tasks such as those applied, for example, in computational photography.

The SoC also has the so-called third-generation Sensing Hub and twice the performance in both the acceleration of the processor’s Tensor cores and the memory used in these processes. All this with efficiency 1.7 times higher than the previous generation.

This commitment to artificial intelligence will be noted, for example, in the support of ArcSoft’s ‘AI Video Bokeh’ technology, which will allow cell phones with this chip to have the “cinema mode” that the latest iPhones boasted. There have also been collaborations with Ernst Leitz Labs, which works in computational photography and will allow users of these chips to benefit from these advantages, for example when using Leika’s integrated filters to recreate the bokeh and color of these cameras.

There is even support for other eye-catching proposals such as support for ‘mental fitness’ from Sonde, a company that claims to be able to monitor our mental health and well-being through our voice.

There is also support for Hugging Face, an artificial intelligence-based natural language recognition system that can analyze and group/prioritize our notifications.

READ:  Is Ryzen 5 3500U worth it? Learn all about the AMD chip for notebooks

… and more mobile photography than ever

Another key area in which Qualcomm is devoting resources with these Snapdragon 8 Gen 1 is mobile photography. Thanks to the performance of these chips, mobile manufacturers will be able to equip their devices with cameras with very striking features, such as the ability to take 240 photos of 12 Mpixels in a second.

3.2 Gigapixels per second can be processed, and there is also an “ultra-wide-angle engine” that will correct the typical defects of these images, such as chromatic aberration or deformations at the edges.

The Snapdragon Sight technology allows to have not one, but three 18-bit ISPs that allows managing more data than ever even in RAW mode, and in Qualcomm promise 5 times more accurate night modes (30 images are captured to achieve the final composition, previously six were captured), in addition to video recording in 8K HDR and the aforementioned engine dedicated to bokeh in video shots.

There is another striking feature in the new Snapdragon 8 Gen 1, and that is it offers the ‘always on’ front camera option. This allows for example to detect if you are looking at the screen to turn it on or off, but it can also be configured to avoid prying eyes: if someone else is detected looking at the screen, the screen can be turned off completely or not show notifications.

That’s not all, folks

There are other areas in which Qualcomm promises notable improvements, and one of them is video games, which thanks to the Snapdragon Elite Gaming system will benefit from better touch sampling rates, higher quality HDR support, and support for refresh rates that can reach 144 FPS in some games.

This manufacturer has teamed up with Unity and Unreal Engine, and the new Adreno Frame Motion Engine integrated into the SOC GPU allows more frames per second to be achieved with lower power consumption.

According to Qualcomm the improvement in the performance of the Adreno graphics cores reaches 30% improving efficiency by 25% -the Kryo cores are now 20% faster improving consumption by 30%- and we will have features such as volumetric rendering and a complete control panel to control all the graphics options that the chip can offer.

Connectivity is reinforced with the 5G modem (the Snapdragon X65) capable of achieving transfer rates of up to 10 Gbps, and there is Wi-Fi 6 and Wi-Fi 6E support. In the sound section, CD Lossless and Bluetooth LE Audio support stand out.

Now all that remains to be seen is how this SoC performs, something we can expect to see in a few weeks: the Snapdragon 8 Gen 1 will undoubtedly be the highlight of many high-end Android cell phones in 2022. It will be then that these new chips will be able to demonstrate whether all these promises translate into reality.

How to migrate from Android to iOS? 5 tips to transfer files

How to Mine Cryptocurrencies? See tips and know if it is worth it

PS5 DualSense vs Xbox Series X Controller: Which is the Best?